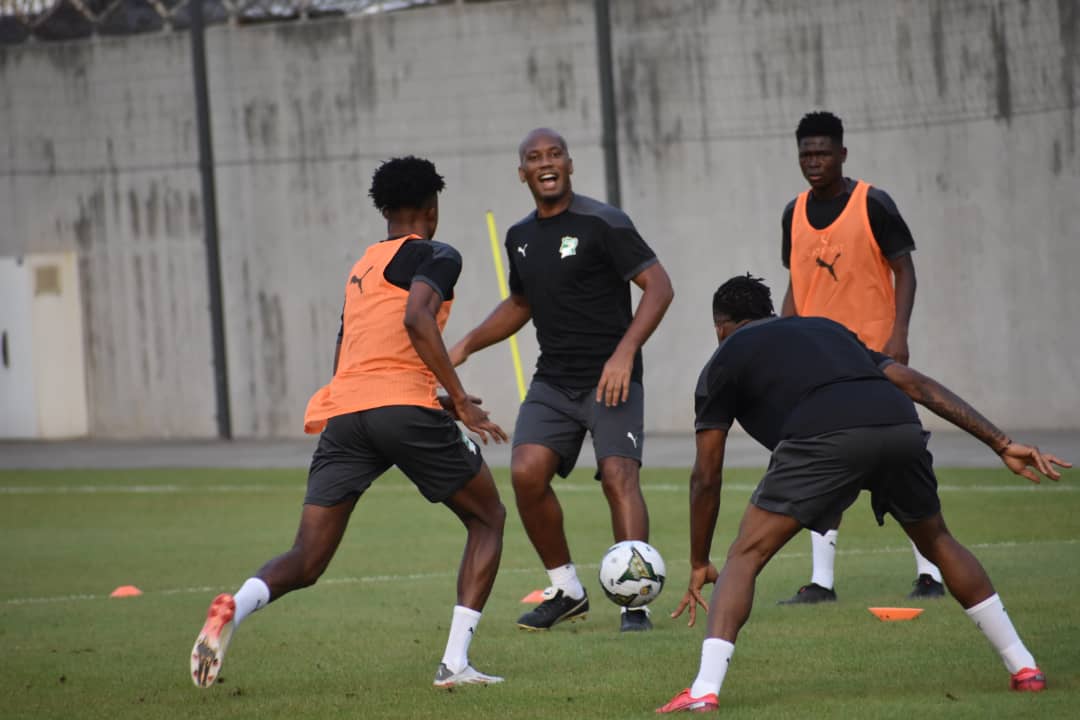 Didier Drogba and Seydou Doumbia trained with the Elephants on Thursday afternoon at the Annex of the Reunification Stadium in the Bepanda district of Douala. Under the guidance of Patrice Beaumelle, the two former "golden generation" of Côte d'Ivoire drilled the current attackers on some pertinent finishing skills.

Before the match against Equatorial Guinea, which they won 1-0 on Wednesday, Drogba had already visited the Ivorian team. He spoke to them a lot. Especially Max Alain Gradel, who was certainly in low spirits because of the death of his father. His presence motivated all the players, according to many witnesses. And this should continue at least until the end of the first round on 20 January.