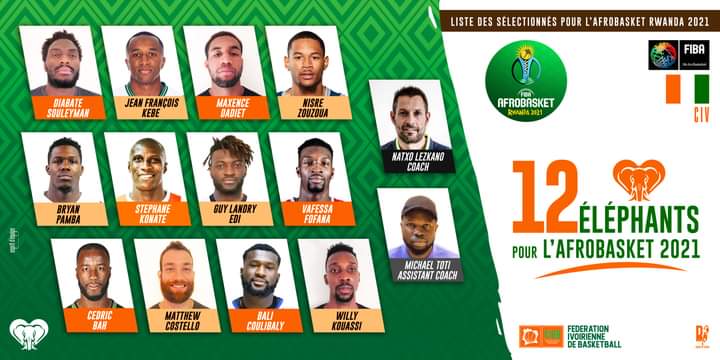 The Ivorian Basketball Federation (FIBB) has unveiled the list of twelve players who will represent Côte d'Ivoire at the Afrobasket 2021. The competition is scheduled from August 24 to September 5 in Kigali, Rwanda.

The Elephants had a two week preparation in Tunisia. They played twice against the Congolese and the Tunisians. However, they only won one of these four games. The Ivorian group left on 20 August for Rwanda. "We leave Monastir tomorrow 20 August for Kigali. There will be a stopover in Turkey. And then from August 21, we will be on Rwandan soil," confided the Spanish technician of the selection, Natxo Lezkano, to Sport News Africa on Thursday morning.

In Group C, the Elephants will face Kenya (25 August) and Mali (27 August) at the Kigali Arena and finally Nigeria (29 August) in the group stage.