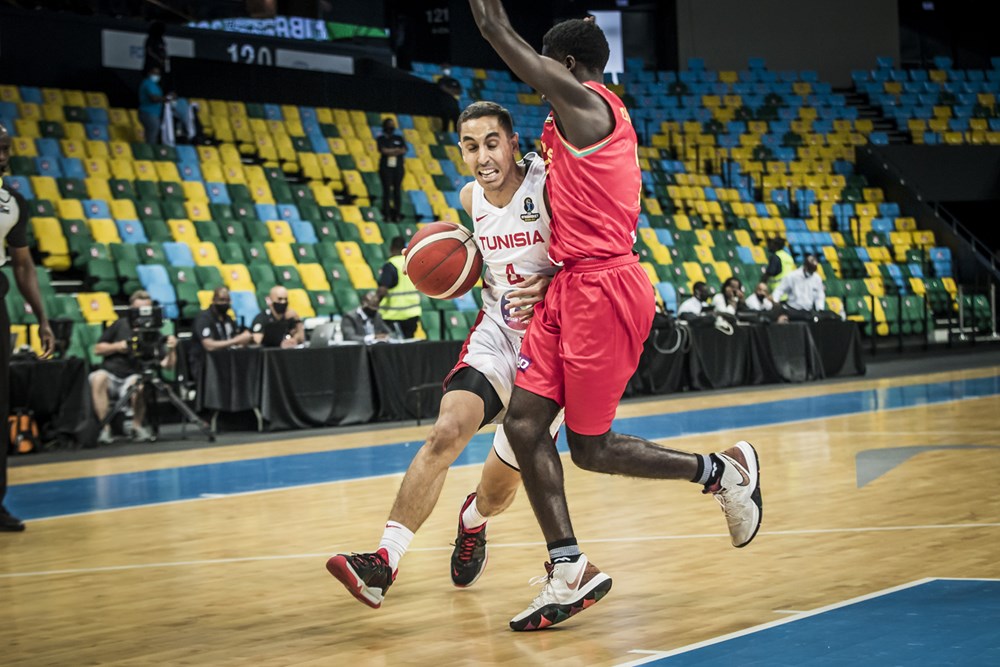 There were no surprises at the opening of the 30th edition of the Afrobasket 2021. Tunisia, the defending champion, simply outclassed Guinea (82-46). Faced with Salah Majri impressive under the racket (4 counters), the Guineans have had all the trouble in the world to make baskets. After the first two quarters, they had only 20 points. Meanwhile, on the other side of the floor of the Kigali Arena, Mejri (17 pts), Abada (10 pts), Mickael Roll (14 pts) and Ben Romdane (7 pts) were doing their best.

At half-time, the Carthage Eagles were already leading by 21 points (41-20). The Guineans will continue to chase shadows after the break. Before attacking the last ten minutes, they were already 28 points behind (62-34). The trend did not reverse. It is the second unit of Tunisia that easily finished the job (82-46).

The defending champs 🇹🇳 @FTBB_TN won their first game against @fgbb_officiel 82-46, with @50mejri as the best player of the game, recording 17 pts and 4 blocks.#AfroBasket #Celebrating60 pic.twitter.com/8NAPl9D69E