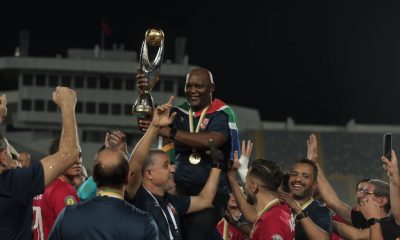 Al Ahly coach Pitso Mosimane has turned down a lucrative offer from an Emirati club. The South African coach does not want to leave the Al Ahly bench, according to the Egyptian press.

Despite losing the Premier League title to Zamalek, Mosimane is very popular with Reds fans. He won the CAF Champions League and the CAF Super Cup. In addition to the bronze medal won at the World Club Championship, as well as the Egyptian Super Cup.

The 57-year-old was even approached by his own country to manage the South African national team. He also rejected the offer in order to remain at the helm of Al Ahly, with whom he has one year left on his contract.