Al Nassr: Vincent Aboubakar pushed out because of CR7? 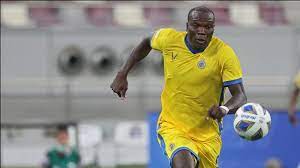 Al Nassr: Vincent Aboubakar pushed out because of CR7?

Cristiano Ronaldo, who officially became a player of Al-Nassr on December 30, can not yet offer his services to the Saudis. The cause, the club already has the maximum number of foreign players allowed (eight players). If everyone thought that Masharipov would be "sacrificed" to allow CR7 to play as soon as possible, the deal has changed.

According to the Italian journalist Rudy Galetti, the Cameroonian Vincent Aboubakar should leave the Saudi club to make room for Ronaldo. Moreover, the Daily Mail had announced a possible transfer of the 30-year-old striker to Manchester United, as of this mercato.

🚨✅ #AlNasr have decided to cut Vincent #Aboubakar to free up a foreign player space.