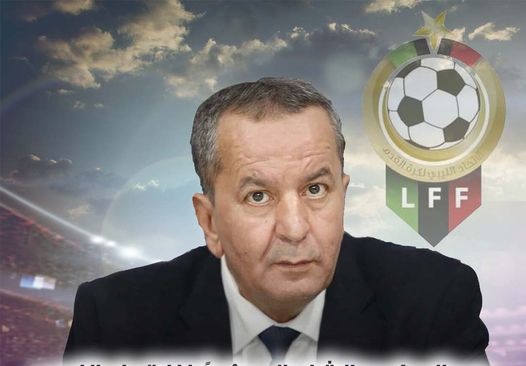 The Confederation of African Football (CAF) executive member, Abdel Hakim Al-Shalmani has been re-elected as president of the Libyan Football Federation (LFF).

Al-Shalmani was re-elected to serve another four years during the Libyan Football Federation General Assembly held in the town of Tobruk.

“I am very happy to be given another mandate to run football in the country. Let us work together for the good of football,” said Al-Shalmani.

Out of the 117 delegates who participated in the Assembly out of the 120, 62 voted for Al-Shalmani, while 54 voted for former Sports Minister (2014-2015) Ibrahim Shaka. This was during the second round of the elections.

The re-elected president promised to open a new chapter which will benefit all football stakeholders in the country. He made it clear that mistakes made in the past will not be made again.

Former Libyan international Jamal Bounoara was also one of the six people who contested to become the next LFF president.