Asisat Oshoala wins everything in Spain 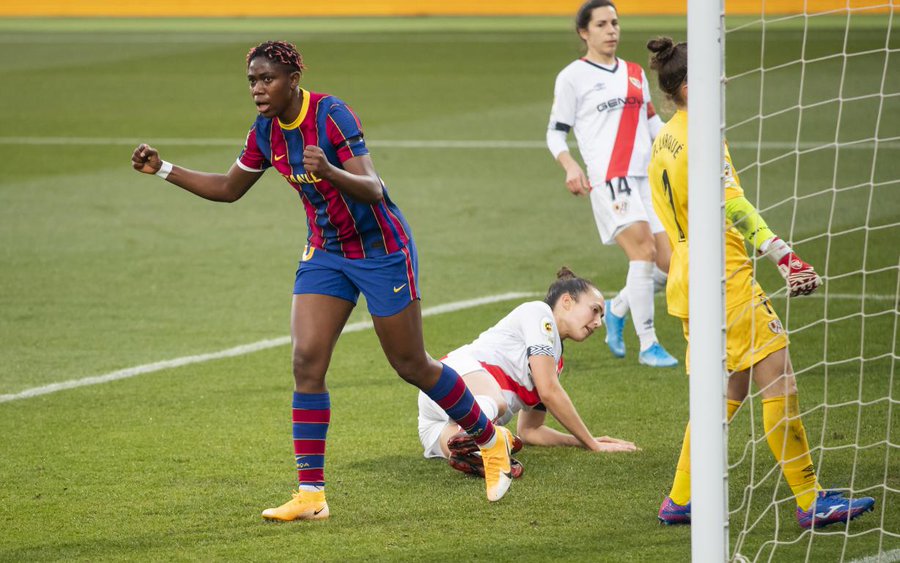 Asisat Oshoala wins everything in Spain

Barcelona have completed a hat-trick of cup, league and Champions League titles on Sunday 30 May. The Catalan side beat Levante 4-2 in the Queen's Cup final. The Nigerian striker Asisat Oshoala did not play in the match. She was on the bench for 90 minutes. Since her return from injury at the end of April, the four-time African Player of the Year has lost her starting place.

Oshoala was, however, a key player until April. She was the club's top scorer in the league with 15 goals. In the Champions League, she played a key role in Manchester City's quarter-final elimination, scoring in both the first and second legs. The 27-year-old could even leave Barcelona, which she joined in 2019. Her name is being mooted at Manchester United, fourth in the English Women's Super League. Asisat Oshoala has already played in England for Liverpool and Arsenal.