Athletics - Faith Kipyegon: "I want to follow in the footsteps of Eliud Kipchoge'' 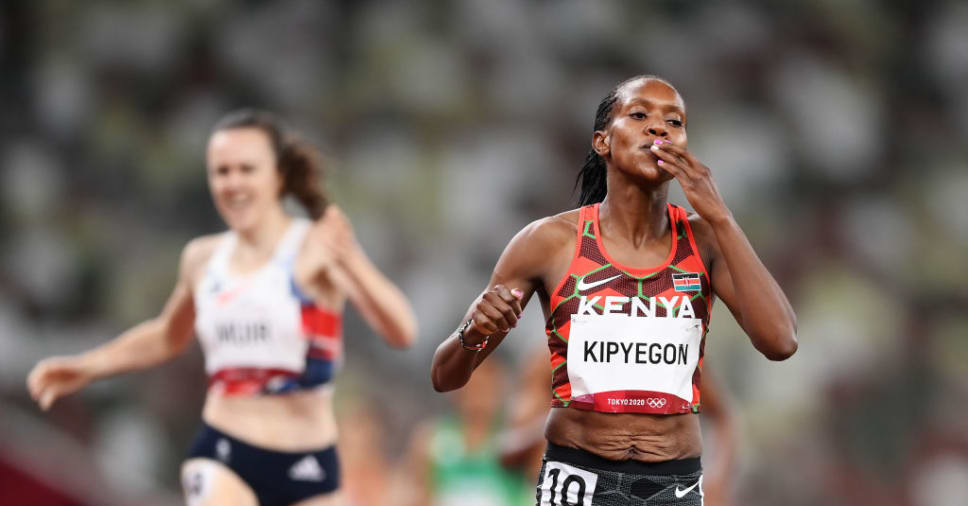 Athletics - Faith Kipyegon: "I want to follow in the footsteps of Eliud Kipchoge''

Kenyan legend Faith Kipyegon is already thinking about a career in the marathon. The two-time Olympic 1500m champion wants to follow in the footsteps of her compatriot Eliud Kipchoge, world record holder in the 42.195km and two-time Olympic champion as well.

Faith Kipyegon wants to move on to marathon running in the future. Invited to a show on The Citizen with Eliud Kipchoge, the 1500m specialist wants to become even more of a legend like her compatriot Kipchoge, a two-time Olympic champion and marathon world record holder. "I want to follow in Eliud Kipchoge's footsteps. I plan to move to the marathon like him in the future," says Kipyegon.

But we won't see the two-time Olympic champion in the road races anytime soon. She still plans to rule the world middle distance. "I'm going to take enough time on the track before I move on to the marathon," she says.

Faith Kipyegon has been rewarded for her brilliant season by the LG brand. She was voted LG's Personality of the Month for August. The 27-year-old Kenyan was indeed imperial this season. Vice world champion in 2019, she won everything in 2021: Olympic gold, the Diamond League, the Continental Tour Gold... And she does not intend to stop there. The athlete reveals that she aims to break more records next season. The legend is on the march.