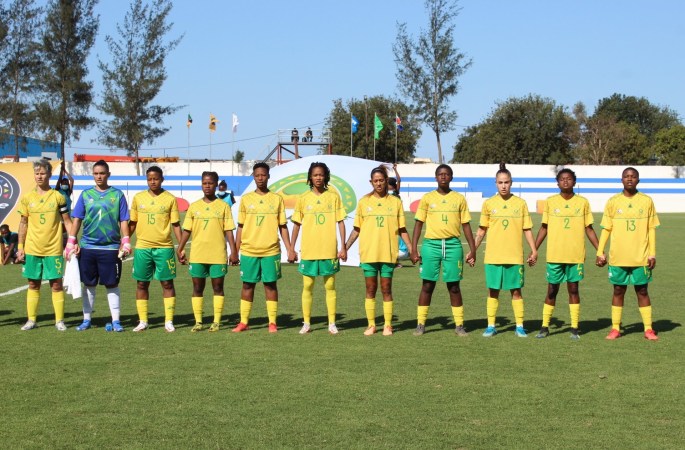 The score is clear: 0-7. South Africa's first match of the African Women's Cup of Nations qualifiers was a clean sweep over Mozambique on Wednesday. The South Africans inflicted a crushing defeat on their opponents.

Banyana Banyana took the lead in the 22nd minute of the match when Mamelodi Sundowns women's star Melinda Kgadiete scored the opening goal. Linda Motlhalo then doubled the lead in the 41st minute before Gabriela Salgado put the game out of reach for the home team with a well-executed shot in the 45th minute.

In the second half, the South African players maintained their blistering pace. Van Wyk scored her double of the night. Young Noxolo Cesane added the 6th goal of the game before Motlhalo joined teammate Van Wyk to score her brace to make it 0-7.

With this setback, Mozambique will be looking for an unlikely comeback in the second leg in South Africa on Tuesday.