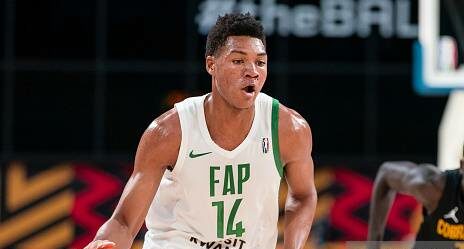 In front of their home crowd, REG had all the trouble in the world to start their quarter-final against the Cameroonian Armed Forces (FAP) on Saturday night at the Kigali Arena. The Rwandans, who finished as leaders of the Sahara Conference, were perhaps stunned by the stakes and were clumsy in the first few minutes. They were down 18-7 after six minutes but managed to limit the damage by losing the first quarter only 17-23.

The Cameroonians almost maintained this gap at half-time (31-36), after a very low-scoring second quarter won by REG (14-13). Despite the great performance of Cleveland Thomas Jr (23 pts), the Rwandans start the last act with 7 points behind (48-55). They came back to one point with four minutes to go (57-58). But FAP manages to resist this comeback and wins (66-63). It is a big disappointment for the Rwandan champions who, after great performances in Dakar, leave the competition in their first home game.

In the semi-finals of this BAL 2022, FAP will cross swords with Petro Luanda who disposed in the first quarter-final of AS Salé.