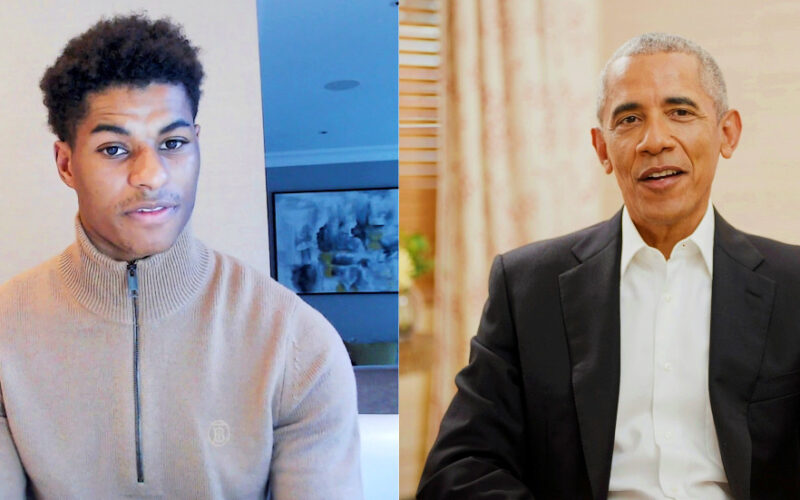 Marcus Rashford is one of England's best players today. But Manchester United's number 10 is not just a star on the pitch. Off the pitch, the 23-year-old footballer is virtually unbeatable in the social arena. Marcus Rashford is very involved in the fight against poverty and fascinates the greatest politicians such as Barack Obama. "Many of the young people I meet - including Marcus - are ahead of where I was when I was 23. They are already making changes and being positive forces in their communities," the former US president said of the striker.

Marcus Rashford is delighted with these flattering words. "When President Barack Obama speaks, all you want to do is listen. It's quite surreal isn't it? I'm sitting in my kitchen in Manchester talking to President Obama, but immediately he put me at ease. It didn't take long before I realised how much our experiences as children were aligned with the formation of the men you see today... adversity, obstacles and everything else. I really enjoyed every minute of it," the England international said in a video posted on his twitter account.

Barack Obama and Marcus Rashford have met for the first time over Zoom! 👨‍💻

They discussed some themes in the President’s book including youth empowerment, giving back and their similar childhoods. #BBCBreakfast has a look at some of the chat ⬇️https://t.co/USfDdCIBCL pic.twitter.com/Do9hRtTkth