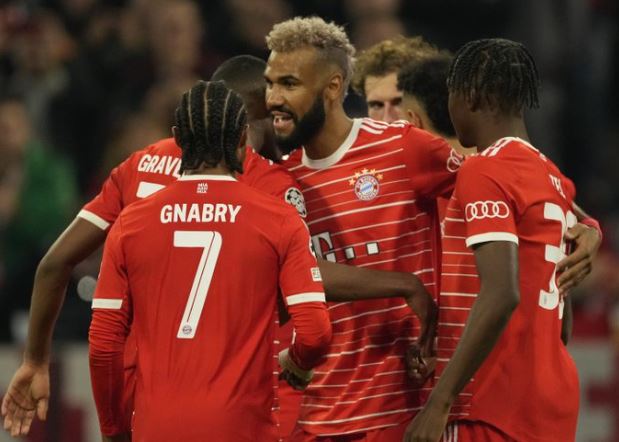 Three outings and three wins for Bayern Munich this season in the Champions League.

After their victories over Inter Milan and Barcelona, the Germans followed up with another win against Viktoria Plzen (5-0). In front of their public, the Bavarians quickly took the lead after a goal of Leroy Sané (7th), in a game dominated from start to finish. And if Serge Gnabry signed the goal of the 2-0 (13th), Sadio Mané went there to score the third Bavarian goal (21st). The Cameroonian Eric-Maxim Choupo-Moting came in during the second half and ended the attacking festival of Julian Nagalsmann's men (59th).

In the meantime, Sané had scored twice, on a service from Mané (51st). With this victory, Bayern has 9 points in the standings and is the leader of the group.