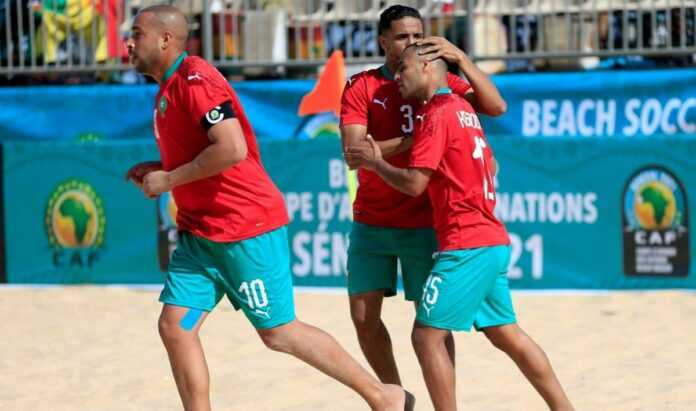 The North African derby between Egypt and Morocco lived up to its promise. Decisive for a place in the semi-finals, the match was decided at the very end of the third period. The Egyptians dominated the first period (1-0) thanks to a goal by Hossam Hassan.

Egypt, bronze medalists in the last two editions, were knocked out in the following third period, despite Hassane Hussein's goal. A double from Rabi Aboutalbi and a goal from captain Nassim El Hadaoui put the Moroccans in the lead (2-3) going into the final period.

Egypt came back to level in the first minute of the last ⅓ of the game with a goal from Ahmed Mohamed, before conceding for the 4th time, on a goal from Driss Ghannam. The latter offers thus, the 2nd place in group B to the Atlas Lions. In ½ final, Morocco will face, Friday, Senegal, host country and 1st of group A.

The AFCON Beach Soccer (23-29 May) is currently taking place in Saly, 70 km from Dakar, the Senegalese capital.