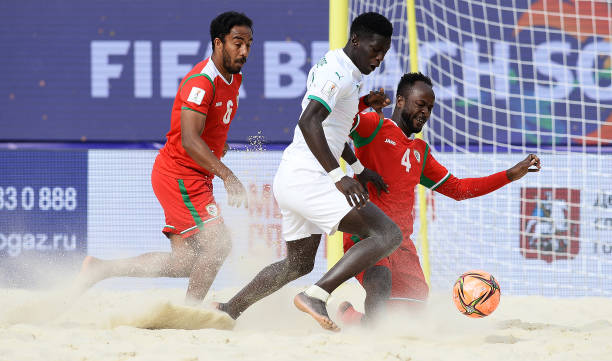 It was an unexpected defeat to say the least. After having disposed of the defending champion Portugal (3-5) last Sunday, Senegal lost against Oman. The Lions of Teranga were beaten by their last opponent in group D, on the score of 3-2. Ngalla Sylla and his players had already been warned in June, losing in a friendly tournament against the Omanis (5-6).

This defeat broke the good momentum of the African champions who, until then, had remained on two victories in a row in this Beach Soccer World Cup in Russia.

However, this setback has no impact on Senegal. The team had already secured quarter final stakes following their two victories in the group games. However, Ngalla Sylla's men will have to be at their best in their next match if they want to reach the semi-finals for the first time in the competition.