Belgium vs Morocco : Hakim Ziyech voted "man of the match Belgium vs Morocco : Hakim Ziyech voted "man of the match

He was very decisive after his return to the national team. For now, Hakim Ziyech really shows that Walid Regragui was not wrong to trust him. The Chelsea winger has greatly contributed to the victory of the Atlas Lions over Belgium (2-0). While his goal from a direct free kick was disallowed for an offside position of Romain Saiss, the former Ajax Amsterdam player continued to give the Belgian defense the runaround. He was the one who gave the breakthrough goal to Aboukhlal, after a very good work. Ziyech was logically named "man of the match". 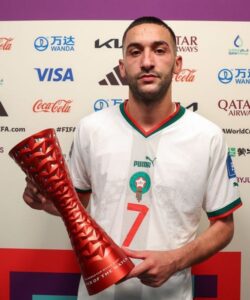