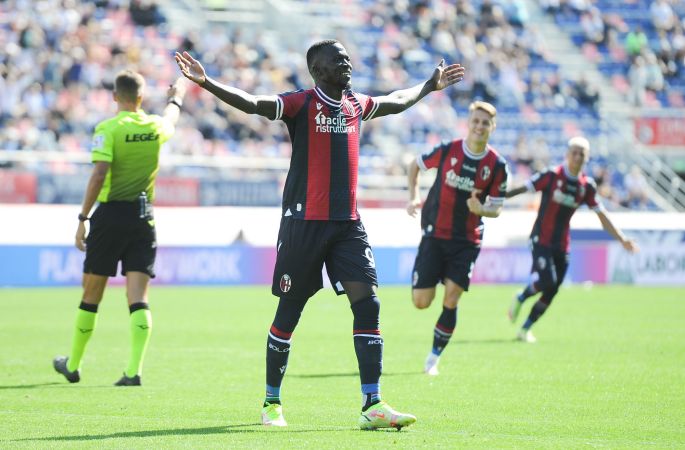 A goal and two assists from Musa Barrow. The Gambian international was the hero for his team, Bologna, on Sunday afternoon against Lazio (3-0). Barrow opened the scoring for his side in the 15th minute after an assist from Arthur Theatre.

Then, the roles were reversed for both men. In the 17th minute of play, Musa Barrow was on hand to steer the ball and Théâtre Arthur to finish it off, giving Bologna the lead in this match. The 22-year-old Gambian striker was in fine form, but he was not about to stop there. The 22-year-old Gambian striker was in fine form, however, and he set up Aaron Hickey for his second goal of the afternoon to make it 3-0 in front of a faltering Aquile.

It was Barrow's second Serie A goal of the season for Bologna. The former Atalanta striker also found the net the previous day in the league against Empoli in their 4-2 defeat on 26 August.