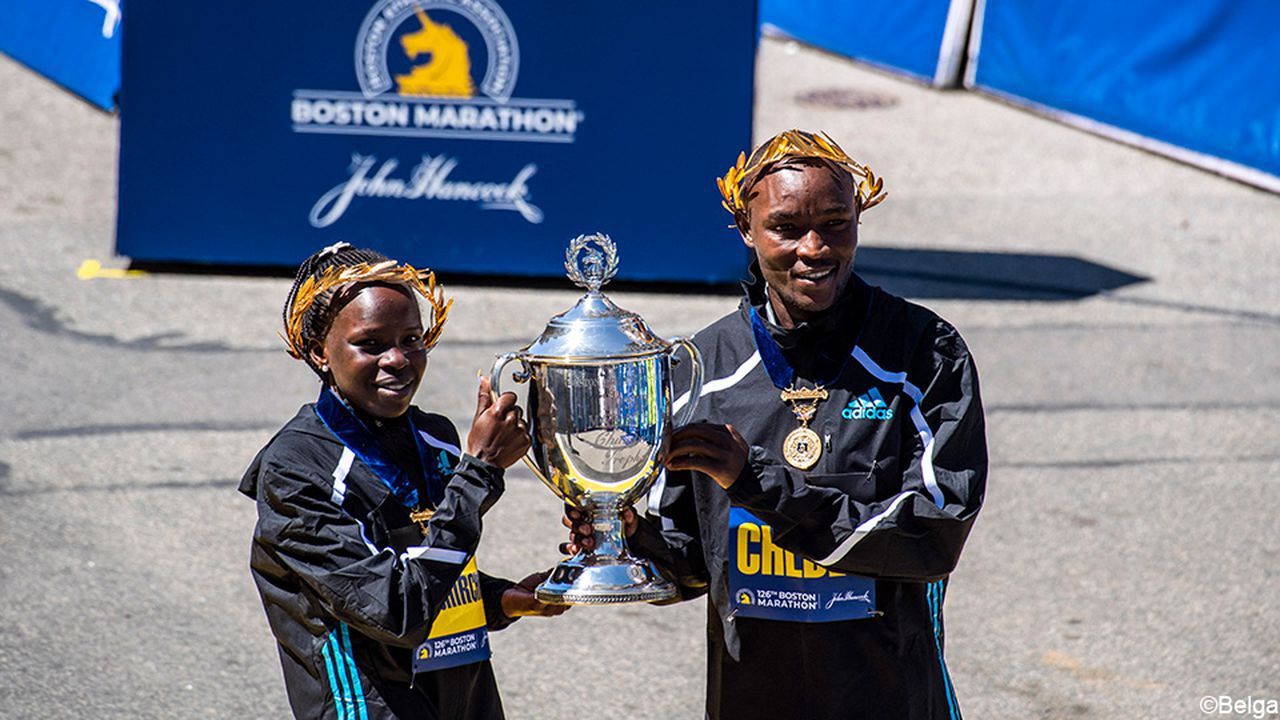 Kenya swept the Boston Marathon. Eliud Kipchoge's country took five of the six places on the podium. And Peres Chepchirchir outperformed the 126th edition by posting the third fastest time in the history of the event.

The Boston Marathon made its comeback on Monday 18 April after a two-year absence. Kenya dominated the competition. Peres Jepchichir was the sensation of this 126th edition. The Kenyan was again the talk of the town. The reigning Olympic champion won with a record time. She completed the 42.195 km in 2h21mn01s. This is the third fastest time in the history of the event. Better still, she became the first athlete to win Olympic gold, the New York marathon and the Boston marathon. Stratospheric. Her compatriot Mary Nguigi took third place in 2h21mn31s. Second place went to Ethiopia's Ababel Yeshaneh with a time of 2h21mn05s.

The 126th #BostonMarathon Women's Champion is @PeresJepchirch3 in 2:21:01. Peres is the 5th Olympic Gold Medalist to win Boston.#Boston126 pic.twitter.com/q5IxrMoDuU

In the men's race, Evans Chebet scored his first Boston Marathon victory. The Kenyan set a time of 2h06mn51s. A great victory for Chebet, who did not finish the race in 2018. His compatriot and former winner of the event Lawrence Cherono finished in second place with a time of 2h07mn21s. Another former winner finished on the podium. Benson Kipruto, the 2019 champion, finished third in 2h07mn27s.