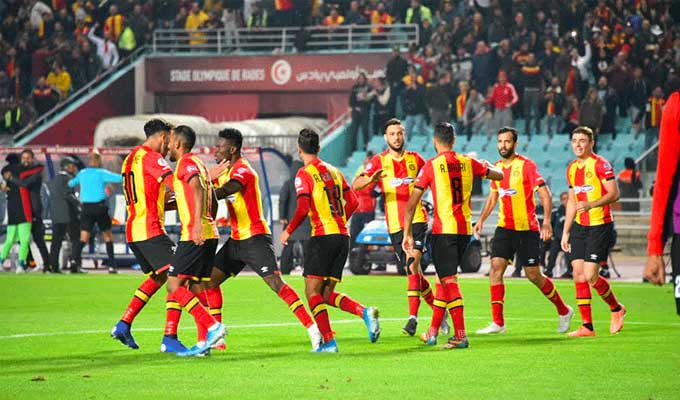 Esperance Tunis have booked their place in the group stages of the African Champions League. Radhi Jaidi's men beat Libya's Ittihad Tripoli (1-0) in the second round of preliminaries on Sunday, October 24, in Rades Stadium.

The Esperantists have monopolized the ball throughout the first half without finding the fault. It was necessary to wait until the second half to decant the situation against the defending champions of Libya.

The Tunisian international, Nassim Ben Khalifa opens the score in the 62nd minute. The Libyans pushed to get back into the game, but to no avail.

With 15 minutes left in normal time, Ittihad Tripoli goalkeeper Mohamed Abukhres was shown a red card for a foul on the edge of the penalty area. He collided with Esperance's Hamidou Elhouni, who was stretchered off. The Libyan side were reduced to 10 men and struggled to create any danger in their opponent's half.