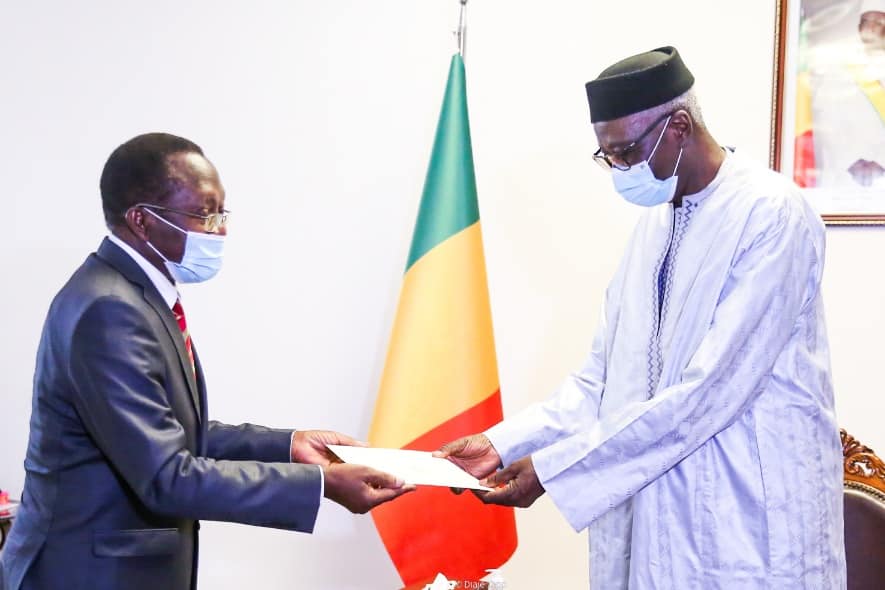 The campaign for the presidency of CAF is in full swing. The South African Patrice Motsepe counts on the support of 14 members of COSAFA. The Senegalese Augustin Senghor is currently in Conakry. Ivory Coast is sending an envoy to the transitional president of Mali, vying for Mali's votes to Ivorian Jacques Anouma.

"We understand that our votes alone will not bring Mr. Jacques Anouma to the head of CAF. For this, President Alassane Ouattara has decided to get personally involved by sounding the mobilization bell both internally and externally," said Soumahoro. The former Minister of Youth and Sports was received in audience by the Transitional President of Mali, Bah N'Daw. "We have come to carry this message of a request for support from President Alassane Ouattara to the Malian President, through him, to all the Malian sports community as we hope to win a little more votes," adds the emissary.

The election of the new president of the Confederation of African Football (CAF) is scheduled for March 12 in Rabat, Morocco.