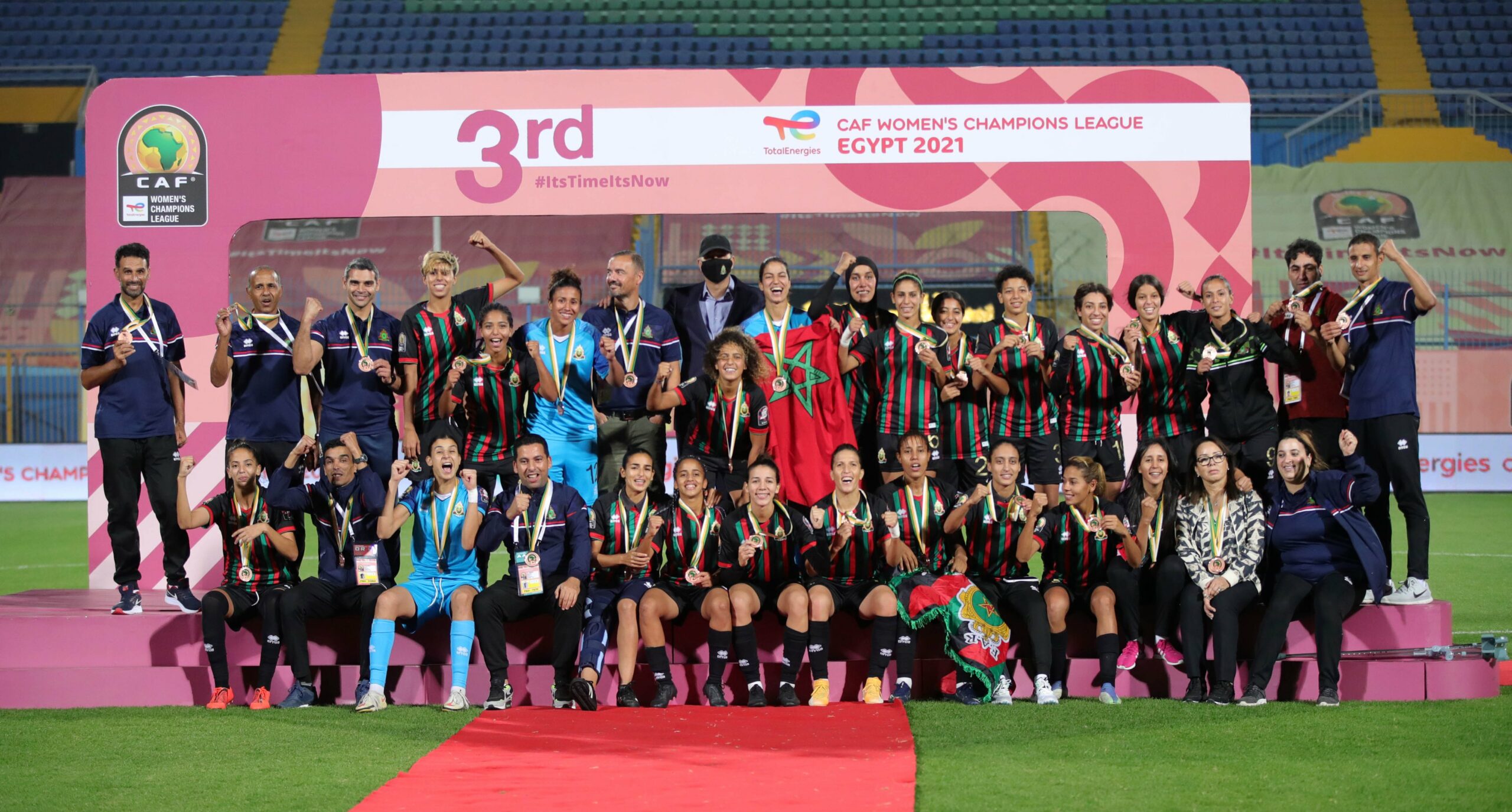 AS FAR of Morocco did not return empty-handed from the African Women's Champions League. The military team won the bronze medal for this first edition. They dominated the Equato-Guinean Malabo Kings (3-1) this Thursday, October 18 in Cairo, in the small final.

The Moroccan women won the bronze medal without trembling. Fatima Tagnaout gave the advantage to AS FAR from the beginning of the match (10th). The two teams went back to the locker room on this score (1-0). The Malabo Kings were quick to react. Carolina Pereira equalised. But their joy was short-lived.

Ghislane Chebback scored the second goal for the military (60th). Chebback scored twice and dashed the hopes of the Equatorial Guineans. It was her third goal of the competition. She even finished as the best player of the match. The AS FAR returned home with the bronze medal around their neck.