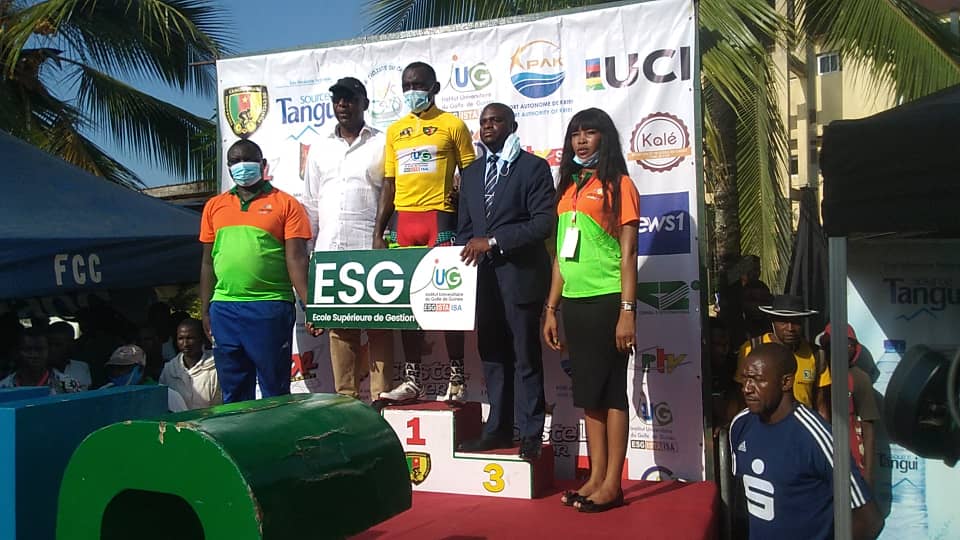 Good news! For the first time since the start of the Tour Cycliste International du Cameroun, the yellow jersey has gone to an African. It is indeed the Cameroonian, Clovis Kamzong Abossolo. The SNH Vélo Club rider overtook the French rider Léonien Alexandre. It was during the sixth stage (156,6 km), which was hard fought on Thursday. "When I woke up, I said to myself that I absolutely had to do something during this sixth stage. So we set up a strategy and it worked. I am a happy man", says the Cameroonian.

The new leader in the overall classification has now 12 seconds advantage on his runner-up, the Bulgarian and first yellow jersey holder of the race, Andreev Yordan. From the metropolis of Douala to the seaside town of Kribi in the South of the country, the sixth stage of the Tour gave the peloton a holiday feeling. On a course made of flats and false flats, the 57 riders on the start line didn't try anything before the first 100 kilometers. And ten riders, among them the Cameroonian Clovis Kamzong Abossolo, decided to launch a breakaway. The leading group spins the pedals. To the point of creating a gap of 8 minutes with the peloton.

In this race, it was mano a mano until the end. And it was the Dutch rider from Global Cycling, Welling Sybren, who won the stage in a sprint (4h18'40''). He overtook the Ivorian Sanogo Abou and the Burkinabe Paul Daumont, who achieved the same time (4h18'40''). On Friday's program, a rest day for the riders.