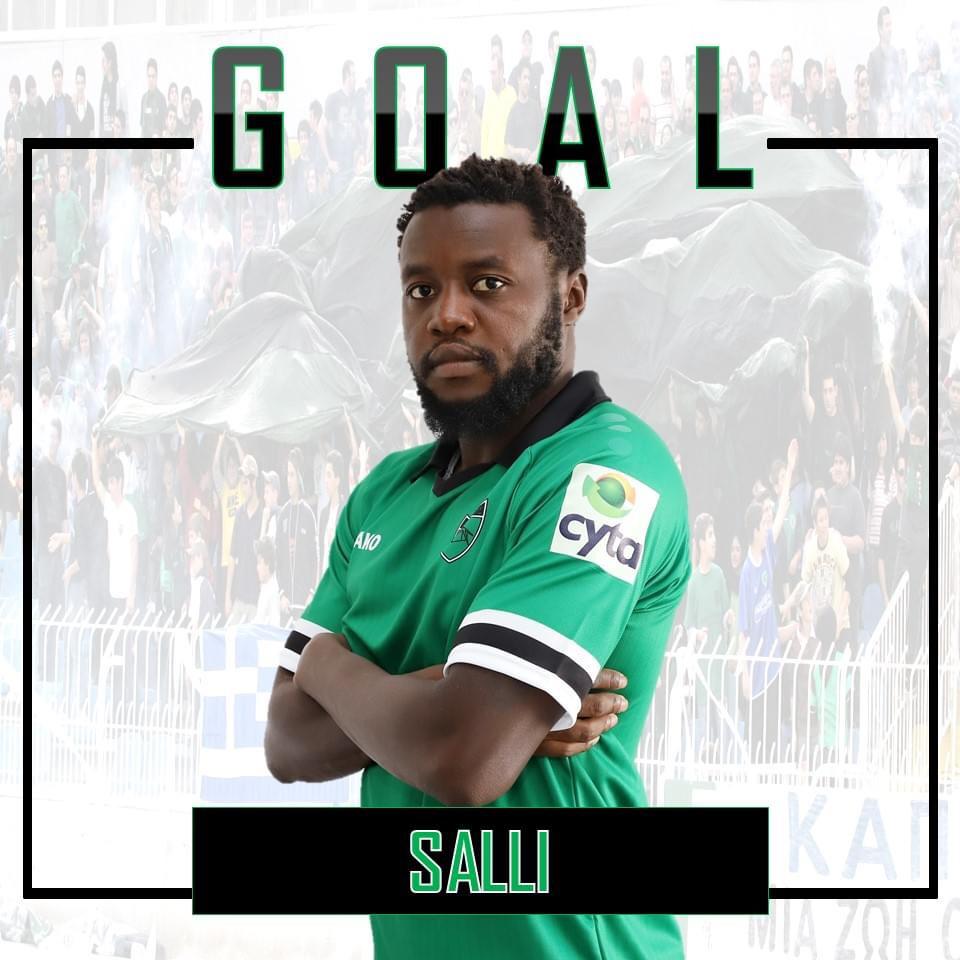 Indomitable Lions’ winger Salli Edgar opened the scoring for Olympiakos Nicosia in their 1-1 away draw with Ethnikos Achna in the first leg of the quarterfinals of the Cyprus Cup on Wednesday night.

The 28-year-old native of Garoua put the visitors ahead at the 34th minute of the game.

Cameroon forward Ibrahim Koneh was an unused substitute for Ethnikos Achna, but his teammates had enough to fight back and secure at least a draw.

Idir Ouali equalized for the home side at the 84th minute to keep their chances for a place in the semi-final of the competition alive.

Edgar was replaced at the 92nd minute of the came. It was his fifth goal across all competitions this season for Olympiakos Nicosia.

Salli Edgar who has won 34 caps with four goals for the Indomitable Lions of Cameroon, was part of their 2017 Africa Cup of Nations winning team in Gabon.

The return leg game of the quarterfinals of the Cyprus Cup comes up on Wednesday March 17th 2021.