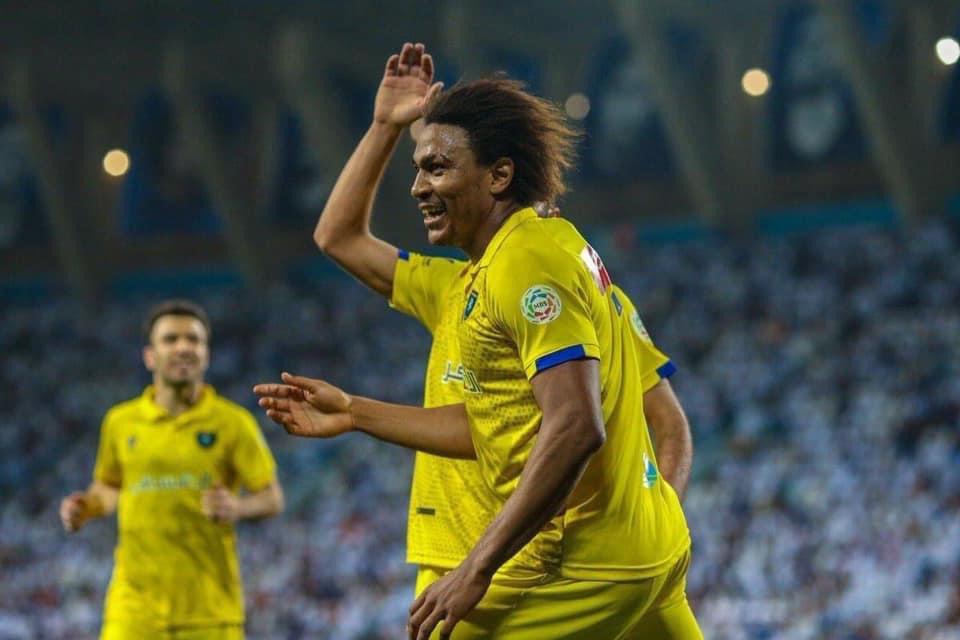 Cameroon forward Leandre Tawamba Kana was the hero for Al-Taawoun FC on Thursday night, in their 2-2 home draw with Al-Batin in match day 22 of the Saudi Arabia Pro League.

The 31-year-old forward opened the scoring at the sixth minute for the home side and gave them a two-goal cushion at the stroke of half time.

He has now entered double figures for the season. The former Partizan of Belgrade forward has now scored 10 goals and provided three assists in 20 league games this season for Al-Taawoun FC.

The home side failed to capitalize on their two goals lead as Al-Batin found a way back into the game.

Fabio Abreu at the 77th minute and Yousef Al-Shammari at the 84th made sure the the spoils were shared with their goals for Al-Batin.

The draw leaves Al-Taawoun on the on the fifth spot with 32 points, while Al-Batin occupies the 10th spot with 28 points on the 16 teams league table.