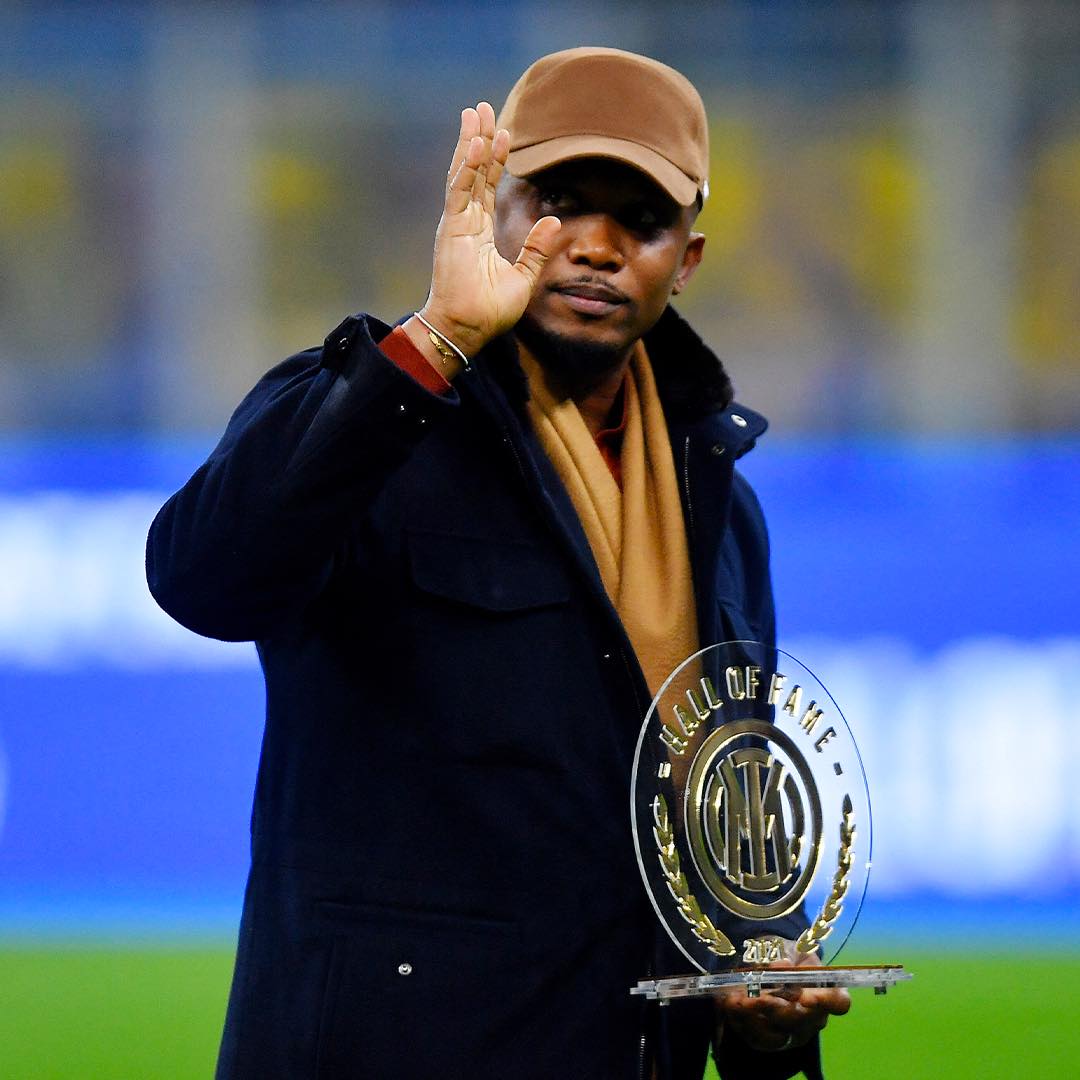 Samuel Eto'o is a former Real Madrid player who had a successful career with FC Barcelona. The current president of the Cameroonian Football Federation did not fail to watch the Champions League semi-final second leg between Madrid and Manchester City, with its improbable outcome. In a message posted on social networks, the Cameroonian wanted to congratulate the Merengues for their qualification for the final.

"Bravo Real Madrid, the club where everything started for me, for their impressive victory last night," wrote the former Indomitable Lion. But if the message was welcomed by Real Madrid, it was not the case for the many fans of Barcelona where Samuel Eto'o is considered a legend. The publication of the Cameroonian was quickly the target of much criticism from Catalan fans. So much so that it was eventually taken down to calm things down. 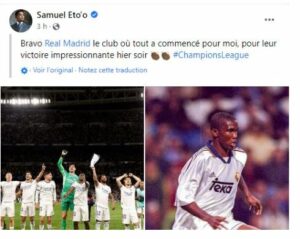