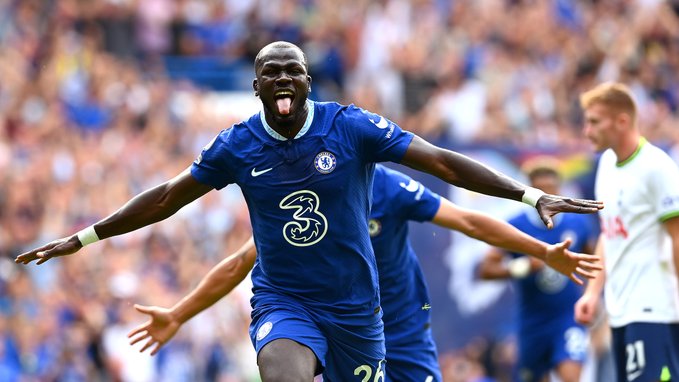 Kalidou Koulibaly couldn't have asked for a better debut for Chelsea. The Senegalese defender started his second game with the Blues in the Premier League and helped his team take the lead against Tottenham on Sunday, August 14, on the occasion of the second day. And what a goal!

The former Neapolitan was left alone at the back post and took a corner perfectly taken by the other Blues' recruit this summer, Cucurella, with a pure half-volley (19'). The Blues lead 1-0 at half-time.

What a way to get your first goal for the club! 👏 pic.twitter.com/iaPFVI66MY

The game ended 2-2 in controversial fashion as touchline tussle between Chelsea's Tuchel and Spur's Conte made headlines alongside a controversial refereeing.