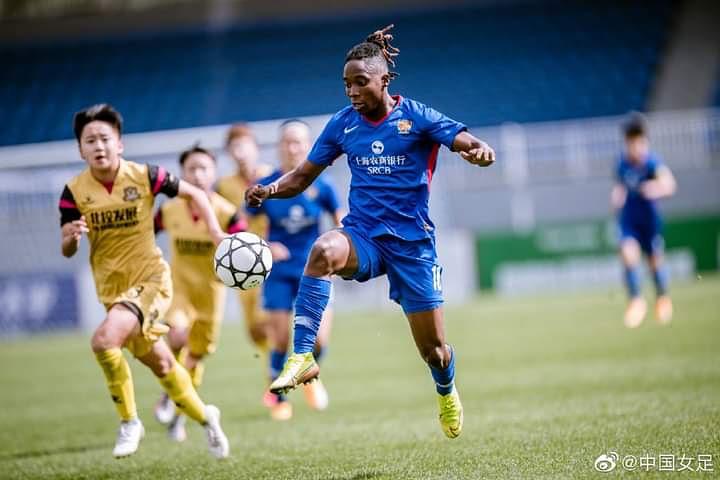 Barbara Banda is having a stratospheric season with Shanghai Shengli in the Women's Super League. The Zambian striker scored in a 3-0 win over Zhejiang Hangzhou in the second round of the Chinese league on Sunday 31 October.

After opening the scoring in the ninth minute, Banda doubled the lead in the 37th minute. It was her fourth goal of the season. Last season's top scorer also scored twice in her last game. Shanghai Shengli are in second place in the Chinese Super League with 24 points behind Wuhan Jiangda (25 pts).

Happy to have contributed a brace today in our 3-0 win over Zhejiang Hangzhou.