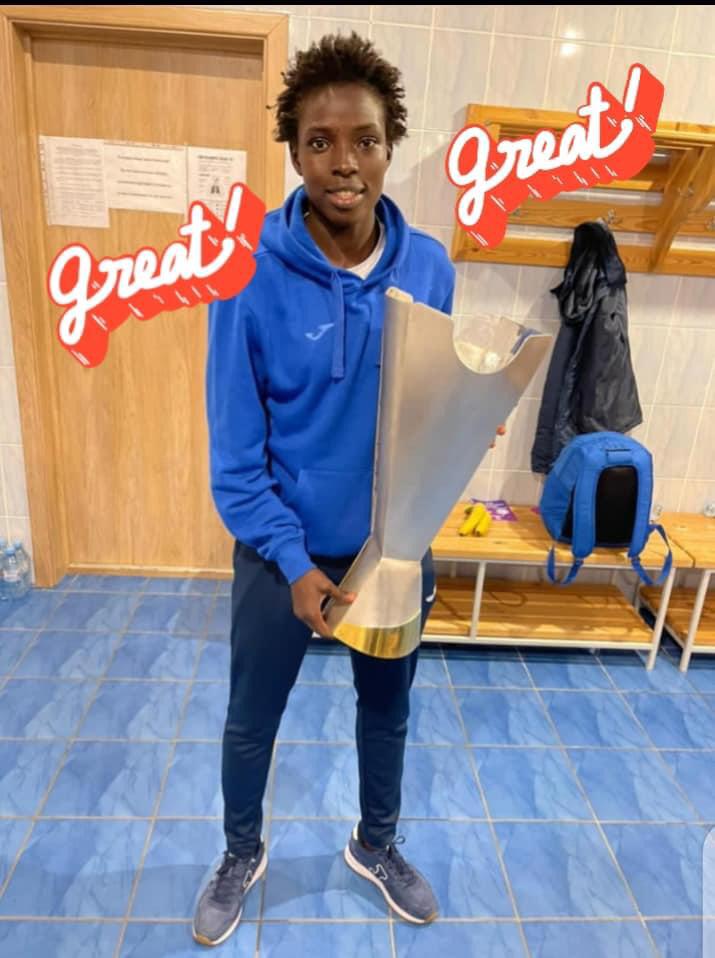 After winning the league and domestic cup in Belarus, Cameroon’s Claudia Dabda Voulania has now lifted a third trophy this season.

Her team Dinamo-BGU lifted the Belarusian Super Cup against FC Minsk on Monday March 15, 2021, with an emphatic 4-0 win.

Dinamo-BGU will play in the UEFA Women’s Champions League next season, for the first time in the club’s history.

They dominated the Belarusian Women’s top flight championship head and shoulders above the rest, finishing the campaign unbeaten.

Dinamo-BGU’s opponents for the Super Cup, FC Minsk played the game without their Cameroonian contingent for different reasons.