Congolese Ben Malango in the history of Raja 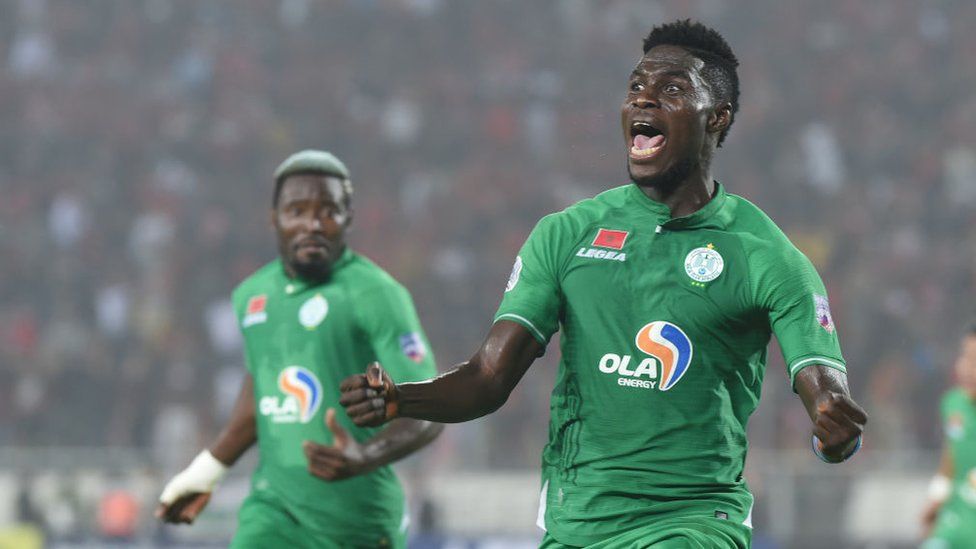 Congolese Ben Malango in the history of Raja

The Congolese striker ticked off Diallo with a brace in Raja's 4-0 win over Orlando Pirates on Sunday 23 May in the quarter-final second leg of the CAF Cup. With the Moroccan championship underway and the semi-finals of the African club competition to come, Ben Malango has the opportunity to hold the record alone this season.

Hampered by injury in 2019-2020, the Congolese is having an excellent season. He has found the net 16 times and provided three assists in all competitions.

Malango is currently the second highest scorer in the Moroccan league with 9 goals. In the CAF Cup, he occupies the same position in the scoring charts with 5 goals, one behind the number 1, Coton Sport de Garoua striker Lambert Gueme Araina.