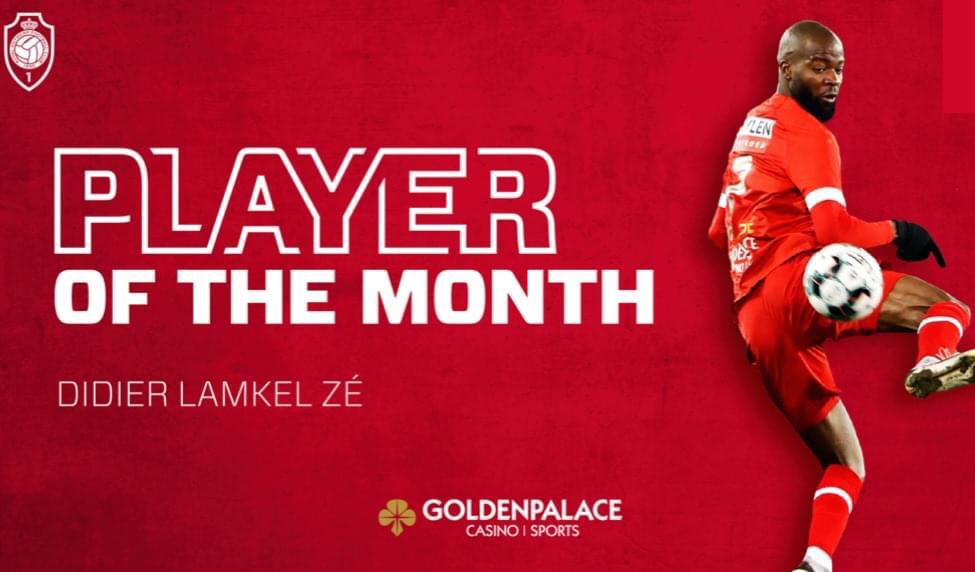 24-year-old Cameroon forward Didier Lamkel Ze has been voted as the Player of the Month of February for Belgian top flight side Royal Antwerp.

The native of Bertoua has scored five goals and provided three assists in 14 league games this season.

The former Niort player featured in six of their seven games in February, both in the league and Europa League, scoring three goals and providing one assist.

Antwerp are currently second on the Belgian league table with 51 points, 14 behind league leaders Club Brugge.

Lamkel Ze has returned to favour at Antwerp where he was frozen out by former coach Ivan Leko for what the Croatian termed “gross indiscipline”.

The arrival of former Belgian international left-back Franky Vercauteren brought Ze back in contention for a place in the team and he has paid back the confidence with both goals and assists.

Under Vercauteren, Ze has scored six goals and provided one assist in 10 games across all competitions.

He is now pushing for a return into Indomitable Lions Coach Antonio Conceiçao’s team, with the 2022 Africa Cup of Nations around the corner.