Manchester City have been crowned champions of England for the seventh time in their history after Manchester United lost 1-2 to Leicester on Tuesday night at Oldtrafford.

The Skyblues (80 pts) can no longer be joined by the Red Devils (70 pts) with three games to go. For Algerian Riyad Mahrez, it is the third title.

Algeria's captain had already been crowned in 2016 with Leicester before being crowned again at City in 2019. Riyad Mahrez has scored 9 goals and provided 4 assists in 25 appearances this season in the Premier League.

The player also has a chance to win the Champions League for the first time when they play Chelsea two weeks from now. 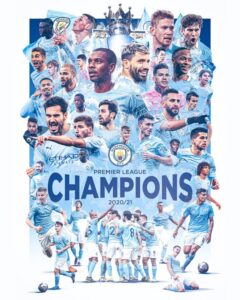