Euro 2020: A native of Yaounde Embolo is man of the match 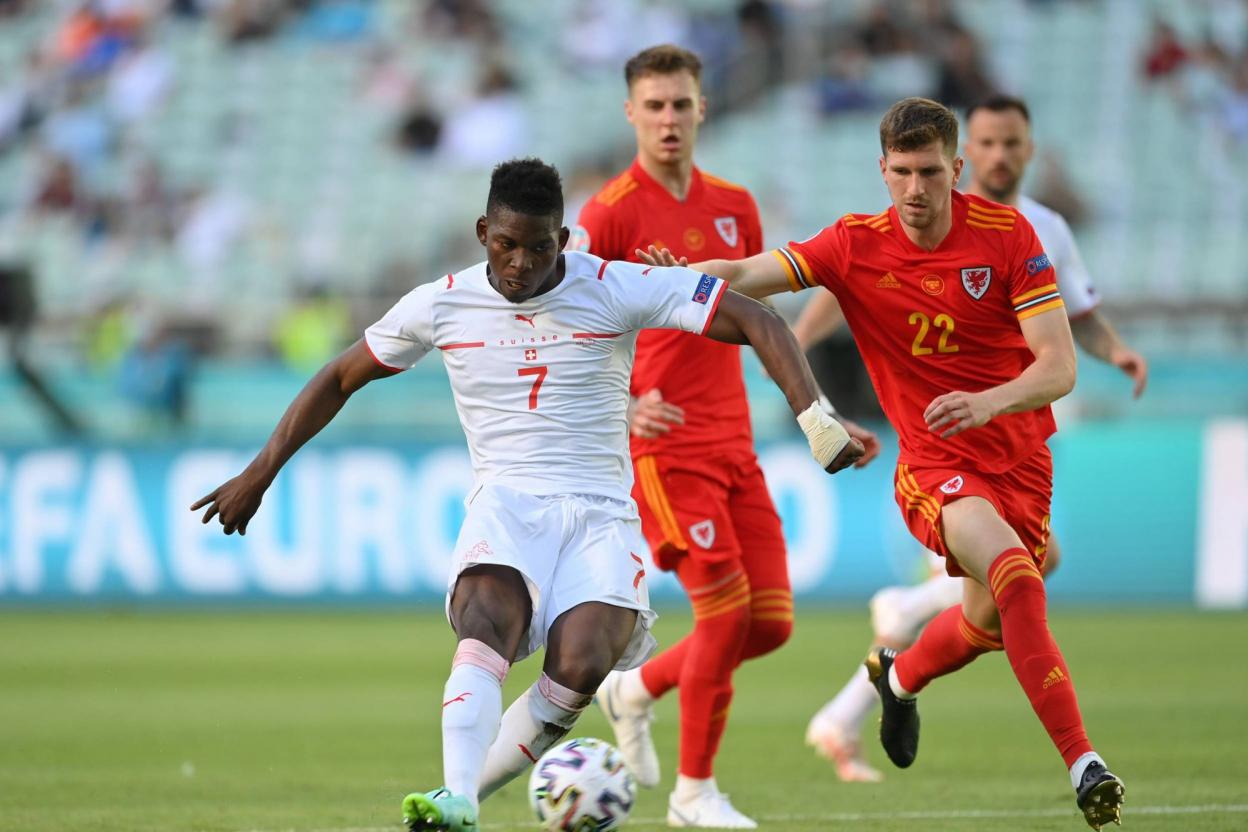 Euro 2020: A native of Yaounde Embolo is man of the match

Wales-Switzerland (1-1): Embolo, the Yaoundé native, man of the match

Breel Embolo, a Cameroonian-born Swiss striker, was voted man of the match for Wales-Switzerland (1-1) on Saturday, June 12, in the first round of Group A. He opened the score with a header in the 49th minute. But his team will be caught up with the equalizer (74th) of Kieffer Moore, which frustrated him and his efforts.

'' It's a frustration," he said on beIN Sports. '' It's the first game, we know we can do more. We had to look for that second goal. We took advantage of a set-piece, that's also how we got punished. I think that after the 1-0 we were a bit too passive, we had two or three chances, we didn't take them and then we were punished.''

The Cameroon native said his team "deserved the win today" but admitted that "it's not easy" and that "it's a tournament with quality players". "It's a shame. It's a pity, but we'll take this point and continue with this good state of mind," he said. 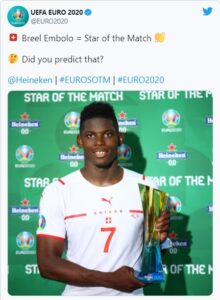