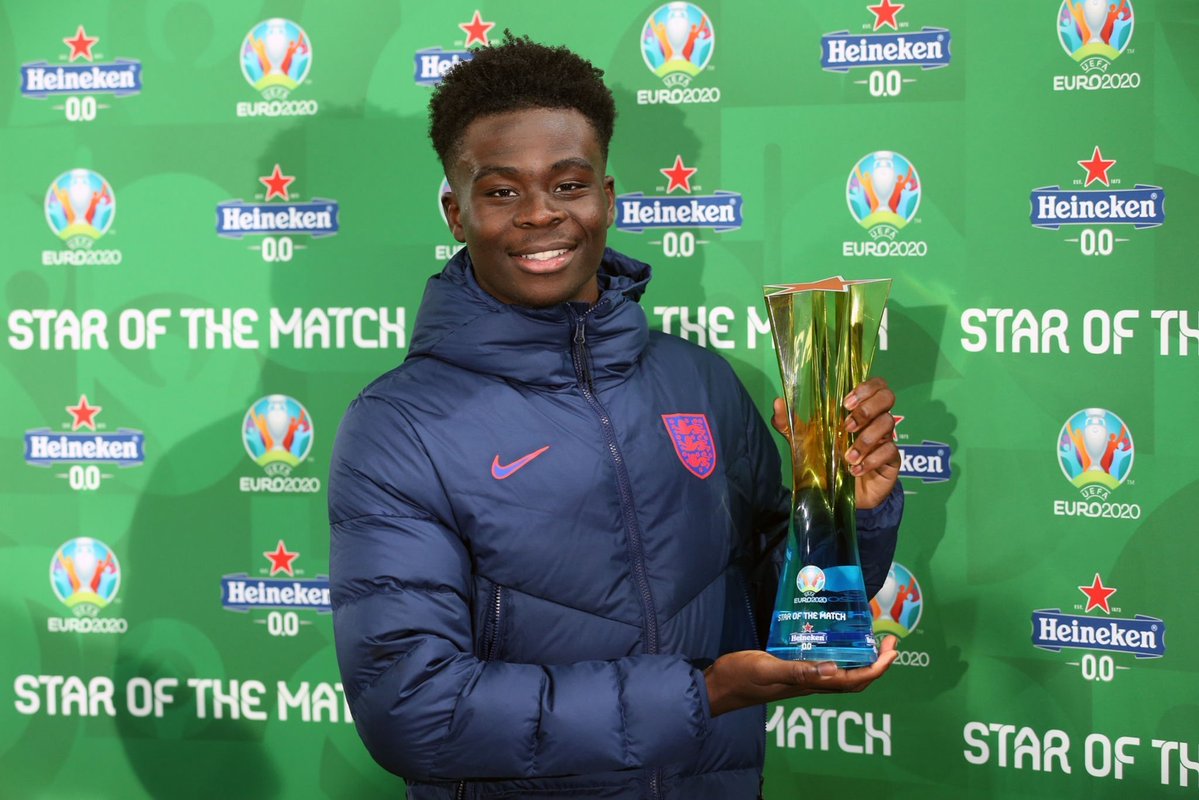 Bukayo Saka has been named the man of the match for his first appearance at Euro 2020, against the Czech Republic on Tuesday 22 June. He did not score on the night but was very instrumental in England's match management strategy. The lone goal of the game was scored by Sterling in the 11th minute, his second in the competition. Saka instead was voted Man of the Match by UEFA.

Relegated to the substitutes' bench by fierce competition in the Three Lions' two matches, 19-year-old Saka made his mark on the third and final match of the group stage. His acceleration, vision and generosity did his teammates a world of good. He gave up his place in the 84th minute.

Reacting at the end of the game, the young Nigerian-born Arsenal striker said his coach, Gareth Southgate, had asked him to play loose. "The manager told me to speak up, as I have done for my club all season," he said.