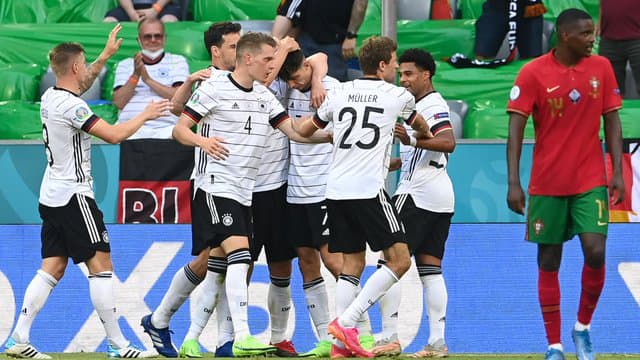 Germany beat Portugal 4-2 in their second group game of Euro 2020 on Saturday 19 June. The Germans were caught cold by Cristiano Ronaldo's opening goal in the 15th minute, but they were able to weather the storm before getting back on track to win in the end.

Portuguese defenders Rubun Dias (35th) and Guerreiro (39th), both scored against their own keeper while  Havertz (51st) and Gosens (60th) gave the Germans a 4-1 lead on the hour mark. Jota (67th) gave the Portuguese hope, but the score line did not change.

With this victory, Germany (3 pts) takes the second place in the group. They have the same number of points as Portugal (3rd, 3 pts) and are one point behind France, leader despite their 1-1 draw against Hungary (4th, 1 pt).

Pool F will decide on its two qualifiers come the third and final day of the group stage on Wednesday 23 June. The two matches on the program promises to be exciting: Portugal vs France and Germany vs Hungary.