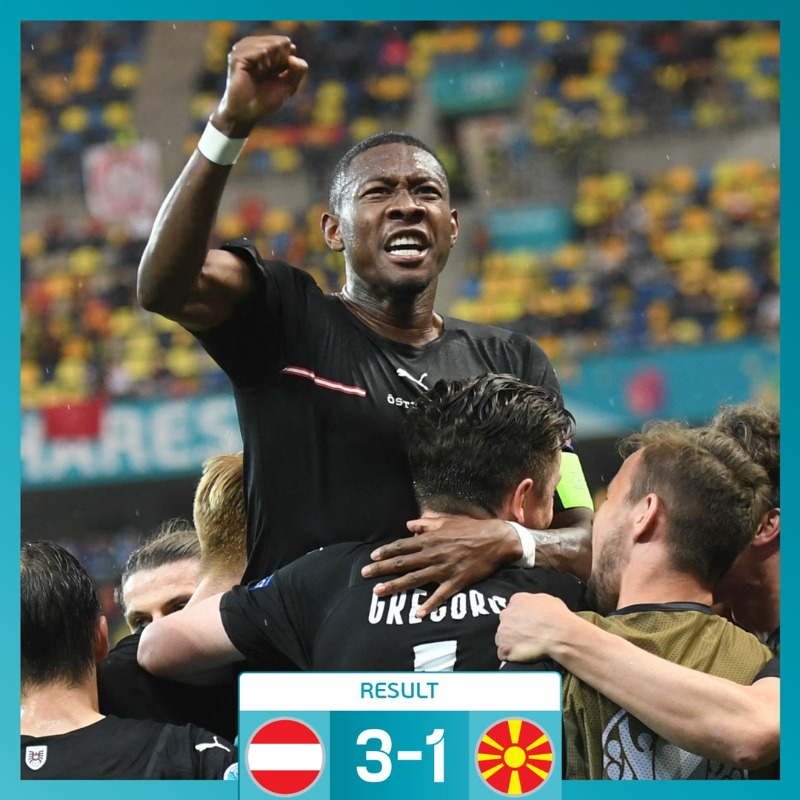 Finally! Austria had to wait until their fourth Euro appearance to get their first win. The Austrians did it against Northern Macedonia, who are new to the competition. They won 3-1 but still suffered a little bit. It was right-back Lainer who opened the score for Austria (18th).

The veteran Goran Pandev equalized for the Macedonians (28th). But in the second half, Gregoritsch (78th) then Arnautović (89th) allowed David Alaba's teammates to win. And so, provisionally, they take the lead in group C while waiting for the Netherlands vs Ukraine match.