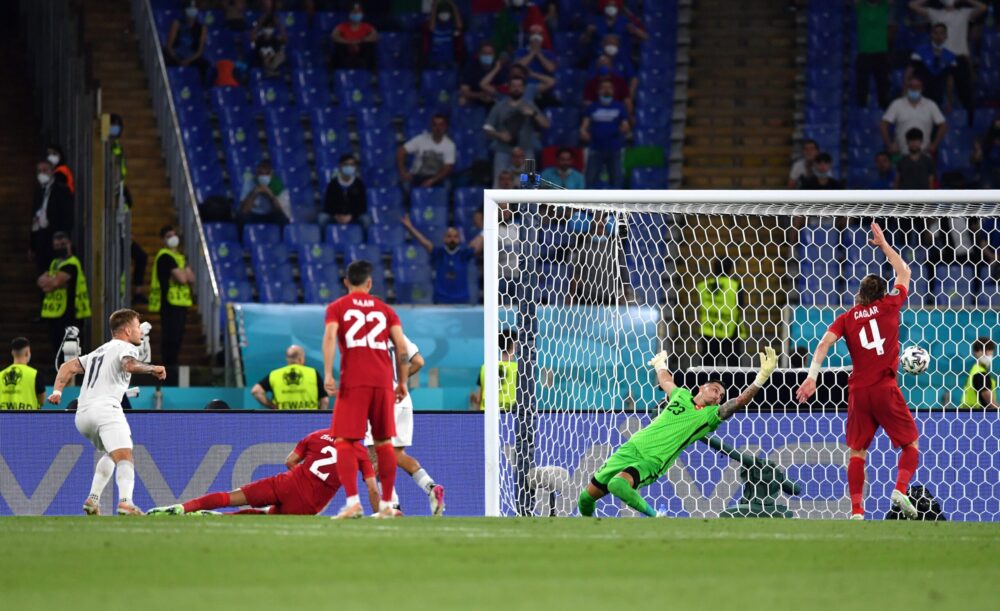 Italy's 3-0 win over Turkey in Rome on Friday night was a great start to the Euro 2021 tournament. The Italians dominated the game from the start, but only managed to find a way through in the second half.

Turkey's resilience was broken when a right flank attacking pressure from Italy forced an own goal from Turkey's center defender.

Ciro Immobile, who produced a series of shots and attempts from the first half was finally rewarded as he scored Italy's second goal at the 66th minute.

Lorenzo Insigne rounded off the scoring (79th). The Squadra Azurra has now extended its unbeaten run to 27 games, including 23 wins. Italy will play their next game in this Euro group A on 16 June against Switzerland. On the other hand, Turkey will face Wales on the same day.