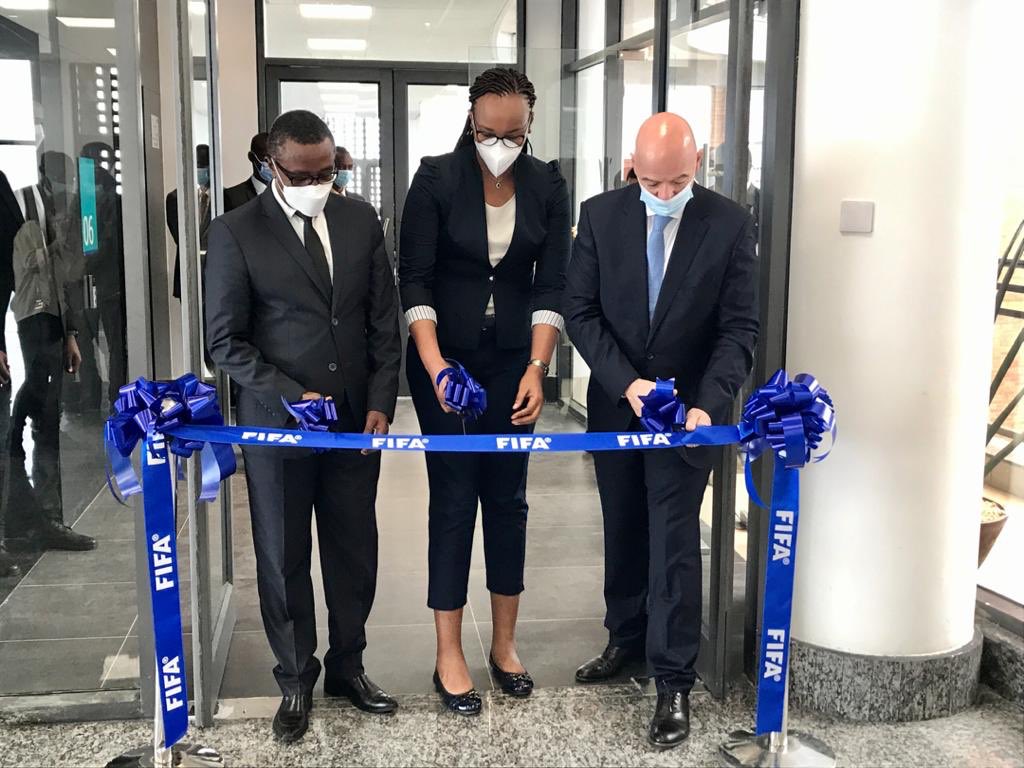 The new soccer development center in Kigali for East Africa (FIFA Regional Development Office) was inaugurated this Friday. The ceremony was presided over by the Minister of External Relations Dr. Vincent Biruta, Minister of Sports Mimosa Aurore Munyangaju and FIFA President Gianni Infantino.

Indeed, Gianni Infantino said that FIFA had chosen Rwanda because it is a strategic country mentioning its good development projects in soccer and other areas. "Kigali is a good place to develop soccer. We need to do a lot more in the field of education, the fight against corruption for Africa and I hope that soccer in this region will take advantage of this to develop.'' Infantino said.

It is the third center of its kind in Africa. The two others being in Dakar, Senegal, and Johannesburg, South Africa.