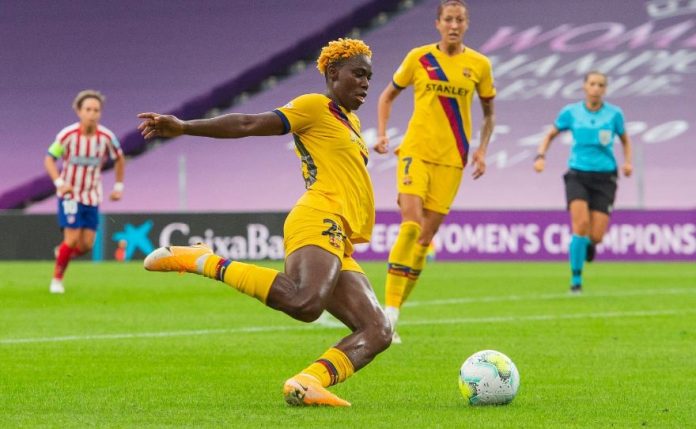 Five African women will be on the match sheets for the 8th finals of the Women's Champions League on Wednesday. The most awaited among them remains, without doubt, the goal machine Asisat Oshoala. The Nigerian striker will certainly still guide FC Barcelona, who face Fortuna Hjorring.

FC Barcelona takes a competitive advantage into the game. In contrast to Fortuna, the defending Danish champion, who will only resume domestic competition in April.

Rasheedat Ajibade (Nigeria) and Njoya Nkout (Cameroon) are still waiting to play their first Champions League match this season. Both strikers recently joined Atletico Madrid. However, being in the group is already a sign of confidence from the technical staff. In the Round of 16, Madrid face Chelsea.

The Zambian internationals Prisca Chilufya (midfielder) and Racheal Kundananji (forward) will also be in the ranks of BIIK Kazygurt. The Kazakhstan-based team will play host to Bayern Munich on Thursday.