Football - Cameroon: An agent files a complaint against Fecafoot 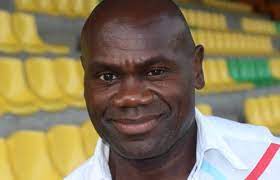 Football - Cameroon: An agent files a complaint against Fecafoot

The Indomitable Lions' liaison officer and assistant coordinator Ferdinand Makoka has been suspended by the president of the Cameroon Football Federation (Fecafoot), Samuel Eto'o. He is accused of having engaged in "activities contrary to good morals.

Makoka denies these accusations and intends to clear his name. He has taken the matter to court so that he "can regain his rights", reveals the Cameroonian website ActuCameroun.

Makoka has filed a complaint against Fecafoot and its secretary general. They are expected to appear before the Yaounde court of first instance on 1 March.