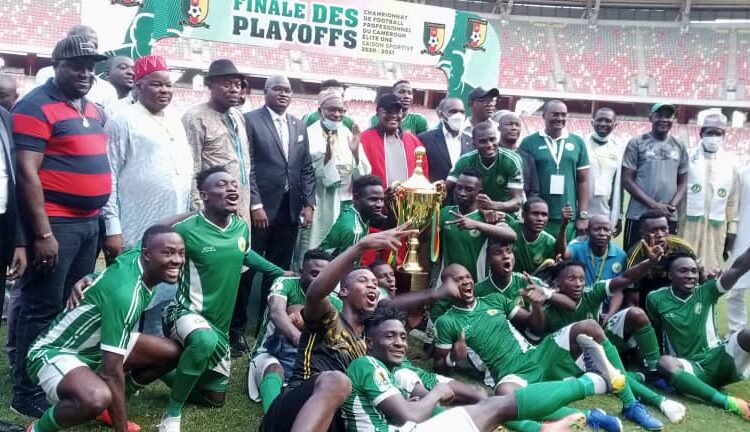 In the end, it was only a formality. Coton Sport is the Cameroonian champion for the 2020-2021 season. The machine skillfully built by coach Aboubakar Souleymanou and intelligently set in motion by Gabriel Haman paid off. Opposed to Apejes of Mfou (3-1), on Wednesday, September 29, 2021 in the final of the play-offs of the championship, the defensive strength and the sense of goal for Coton Sport were enough to win a sixteenth title as champions.

Coton Sport slowly and surely took control of the match held at the Japoma Complex in Douala, the country's economic capital. The pressure was too much for the opposing team. Pushed to the limit, the Academicians of Mfou made a lot of mistakes. Very quickly, they offered a penalty to the Cotonniers. Francis Balliang shot and scored (1-0, 30th).

After the break, the same scenario. Coton Sport unfolded by multiplying the offensive assaults. The playmaker Marou Souaibou set the field ablaze with a sumptuous effort for the breakthrough goal (2-0, 50th). Nine minutes later, it was Tombi Alémi's turn to make the Apejes net tremble (3-0, 59th). The team from Yaounde's lone goal of the game came from Leonard Gweth (3-1, 90th+2). A late consolation as Coton Sport had already secured their victory.