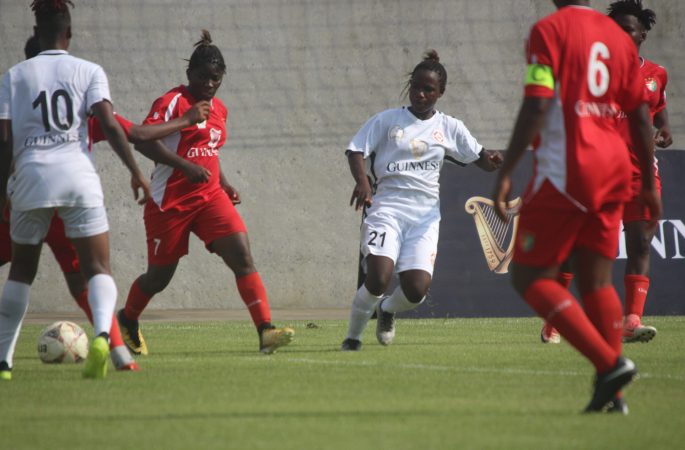 This is good news for Cameroonian female players. Guinness Cameroon SA, the sponsor of the women's D1 championship, has announced that the monthly bonuses of female footballers will increase from 25,000 to 50,000 FCFA (40 to 75 euros) from next season. This decision was taken during a meeting held on Thursday 19 August 2021 with the leaders of FECAFOOT and the Cameroon Women's Football League.

According to the sponsor, this decision will "enable the level of the championship to be raised and ease the burden on club managers". Thus, the players of the 12 teams of the elite will now receive 50,000 CFA francs each month, instead of 25,000 as in the past.

Guinness Cameroon became sponsor of the Cameroonian women's D1 championship last year. The arrival of this sponsor has allowed the competition to be renamed the Guinness Super League. The first edition organized under this name was won by Awa Filles.