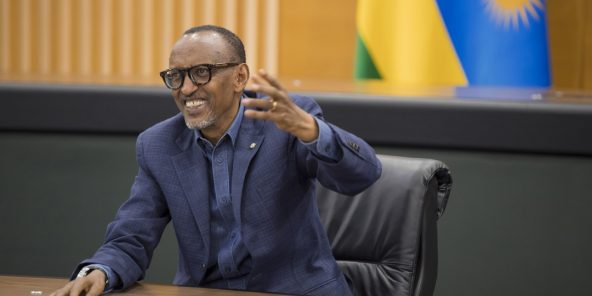 Paul Kagame is a big Arsenal fan and no wonder the London side has a message on the shirt of their first team which reads: VISIST RWANDA. This Friday 13 August, in the opening game of the Premier League season, Arsenal lost at Brentford. The Rwandan president reacted on Twitter to his team's defeat.

"Brentford deserved to win. But Arsenal and their fans don't deserve to get used to this," said Paul Kagame. I say this as a big Arsenal fan: change has been too long in coming!"

Paul Kagame goes on to call for a change in approach to recruitment. He says: "The struggle has been going on for about ten years. There have been ups and downs, and more downs lately. Can't we have a plan that actually works? One of the things to look at is our activity in the transfer market. Our indecisiveness does not make a difference. We must not excuse or accept mediocrity. A team must be built to win. So when we lose, it wasn't meant to be. We all know on whose shoulders this heavy burden rests. I hope they know it too or even accept it."

A clear message from the man whose country sponsors the English club.