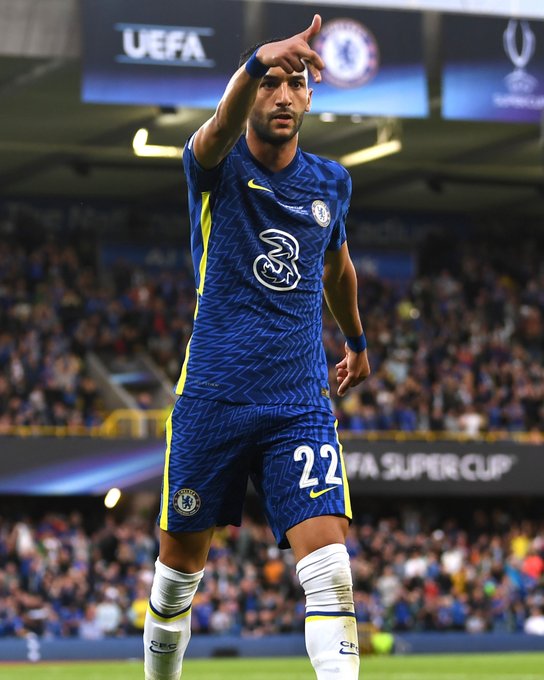 Chelsea Football club of London are in the form of their lives. The champions League holders are leading Villareal 1-0 in the first half of the European Super Cup.

The Blues are completely dominating the game with Morocco's Hakim Ziyech making all the difference with a fine finish on the half hour mark.

The Moroccan finished off a fine cross from Harvert to put the London side ahead.

Edouard Mendy continues his fine exploits from last season with a great save to keep the lead for his side on 33 minutes.

At the 35th minute Ziyech almost turned provider for Marcus Alonzo whose low short was met by a firm left hand from the Villareal keeper.

A minute later same Ziyech found Zouma in the penalty area but the defender missed from close range.

Five minutes to half time the Moroccan was substituted after dislocating his shoulder. He was replaced by Christian Pulisic.