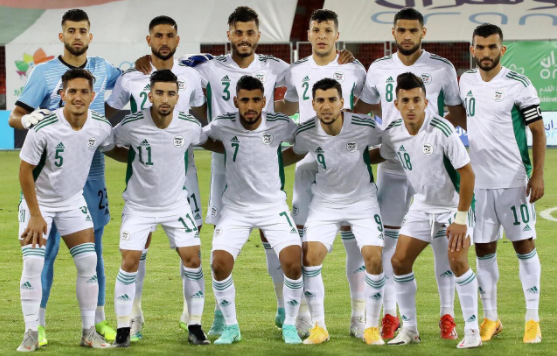 They dominated most of the first half, with long sequences of possession and intense pressure, and Zinedine Boutmène's team-mates opened the scoring in the third minute thanks to a penalty converted by Merouane Zerrouki.

However, the visitors managed to equalize a quarter of an hour before half-time with a big shot from Saka Mohamed.

After the break, the Greens continued their good momentum with many chances and good play proposed without, however, being realistic like the post found by Zinedine Boutmène (53').

Madjid Bougherra then decided to make four changes in the 62nd minute and another four ten minutes later. It paid off. It was the JS Kabylie striker Rédha Bensayah who gave the Fennecs the lead (2-1, 75'). And at the end of the match, the hosts managed to add to the score after Aimen Bouguerra converted a penalty (3-1).

When asked about his team's performance, coach Madjid Bougherra was satisfied. "It's a delicate moment because many players were still in preparation. But I am satisfied with the team's behaviour. There are many interesting things," said the former captain of the Algerian team.