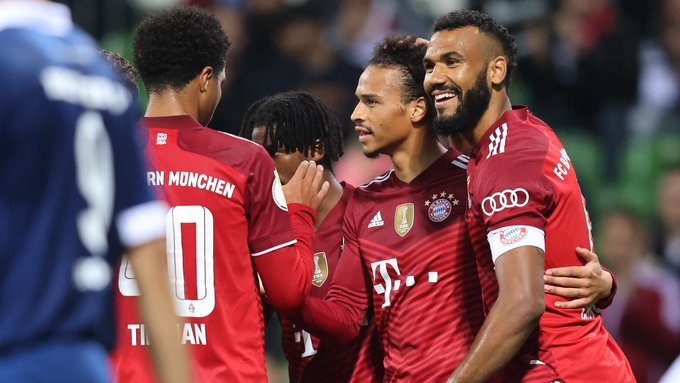 Desperation, annihilation, a result that could have serious psychological impacts on the players of Bremer SV in Germany.

An opportunity for Cameroon's Choupo-Moting to revive his relationship with the Bavarian supporters and also to send warning signals to the team's rivals. The striker scored 4 out of the 12 goals (8', 28', 35', 82').