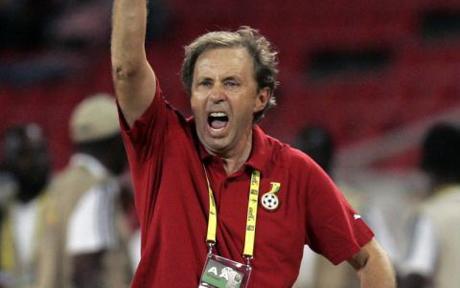 Milan Rajevac's contract is now known. The new coach of Ghana's 'Blaks Stars' will receive a monthly salary of 38,000 euros.

However, the Frenchman Hervé Renard was the first choice of the Ghanaian Football Federation. But the salary demands of the former Zambia coach were deemed excessive.

As a result, the Ghanaian federals turned to the Serbian. Especially since Milan Rajevac is still very popular with the managers. Under his leadership between 2008 and 2010, he guided the Black Stars to the final lost against Egypt in the 2010 Africa Cup of Nations. Milo, as he is known, also led Andre Ayew and his teammates to the quarter-finals of the 2010 World Cup.

The Serbian will sign a two-year contract with Ghana. His first task will be to make a good start in the 3rd and 4th day of the 2022 World Cup qualifiers.