Football - Liberia: Coach Thomas Kojo wants to be at the AFCON 2023 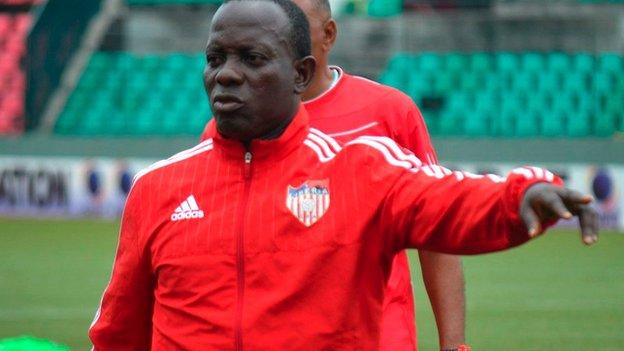 Football - Liberia: Coach Thomas Kojo wants to be at the AFCON 2023

Thomas Kojo is the new coach of Liberia. He was appointed on September 17 on an interim basis. He replaces Englishman Peter Butler, whose contract ended last August after 15 defeats, five wins and two draws. The Liberian technician intends to play the CAN Ivory Coast 2023.

"My first priority is to improve on what my predecessor has done since I was his assistant (from March). He has done a good job integrating young players into the team," he told BBC Sport Africa. Thomas Kojo adds. "I want to qualify Liberia for Cote d'Ivoire with the support of all, including the government and the Liberia Football Association (LFA). My task now, with my team, is to make sure we get a team that can compete at the international level by recruiting some of the older players, who are playing and want to contribute to their country, mixing them with the youth."

Kojo will make his debut with the Liberian national team this month. The Lone Stars will play two friendlies against Niger on September 25 and Egypt on September 27.