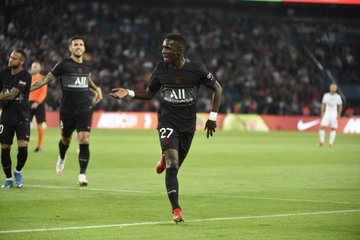 Parisian midfielder Idrissa Gana Gueye has discovered a new talent at the start of the Ligue 1 season: accuracy in shots. After scoring a beautiful goal with a pure shot during the 3rd day of Ligue 1 against Brest, the Senegalese international did it again on Saturday night against Montpellier for the 8th day. Gana Gueye opened the scoring for the Parisians with an unstoppable shot (14').

Neymar's pass was met by Julian Draxler, who came on as a substitute and scored the second goal for the Parisians to seal the deal.

PSG will host Manchester City on Tuesday in the second round of Champions League group matches. The Senegalese midfielder, Gana Gueye, is expected to be in Mauricio Pochettino's starting line-up for the match. The player is one of the great satisfactions of the club of the capital at the beginning of the season.