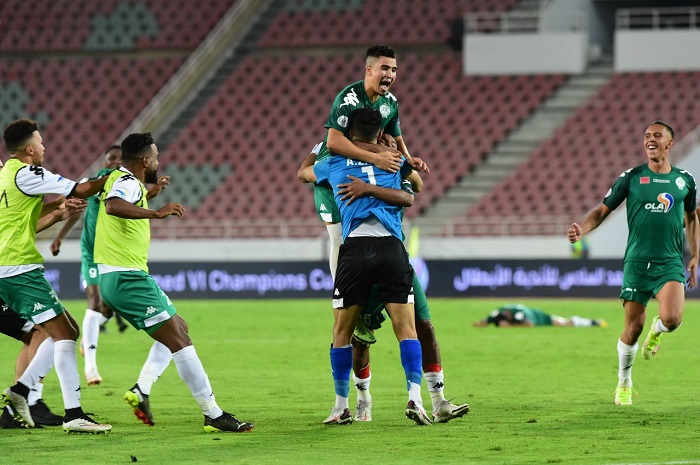 This performance saves the season of the Greens, winners of the last CAF Cup. The Rajaouis were however quickly led in this match by conceding the opening goal in the fourth minute of play. They equalized immediately through defender Ilias Haddad, before taking the lead through Mahmoud Benhalib (2-1). Al Ittihad Jeddah did not let themselves be impressed and set the record straight (2-2).

Raja scored another goal before half-time through El Wardi and even two after the break thanks to Soufiane Rahimi (4-2). Al Ittihad, buoyed by a brilliant Romarinho (who scored a hat-trick), equalized before the end of normal time (4-4). In the penalty shoot-out, Raja scored four of their five attempts, while the Saudis missed two.

This second victory in the competition offers a nice bonus to the Greens, who will receive between 5 and 6 million dollars (4.27 to 5.13 million euros). This will be a welcome boost for the Moroccan club, which already has significant debts.