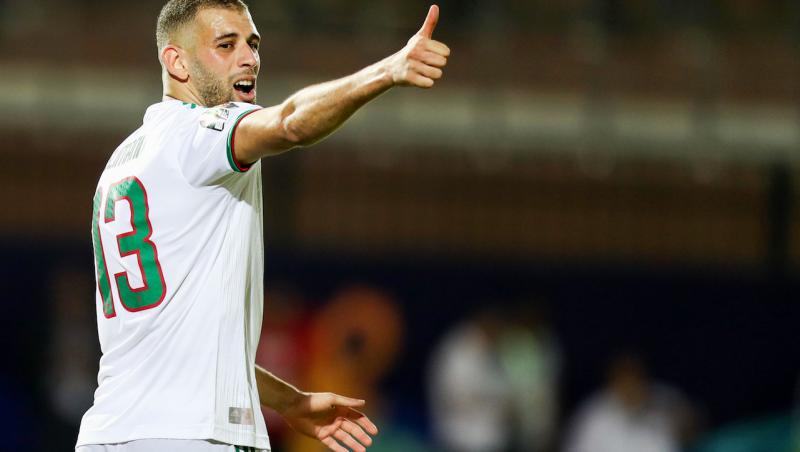 The first day of the 2022 World Cup qualifiers between Algeria and Djibouti saw a flurry of goals at the Mustapha Tchaker stadium on Thursday 2 September. Indeed, the men of Djamel Belmadi were merciless against Djibouti.

Riyad Mahrez and his band have crushed their opponents 8-0. A slap in the face that bears the mark of one man: Islam Slimani. The 34-year-old center-forward scored four times (5', 25' (P), 46', 53') to become the top scorer in these qualifiers. Ramy Bensebaini (26'), Bagdad Bounedjah (40' P), Riyad Mahrez (67') and Ramiz Zerrouki (69') scored the other four goals of the match. On the other hand, reduced to 10 from the 26' of play following the expulsion of Batio Mohamed Youssouf, the visitors could not do anything against the reigning African Champions.

Thus, without surprise, the African champion takes the lead in group A ahead of Burkina Faso, winner of Niger (0-2) earlier in the afternoon. The two teams will face each other on Tuesday, September 7 on the second day of the qualifiers.