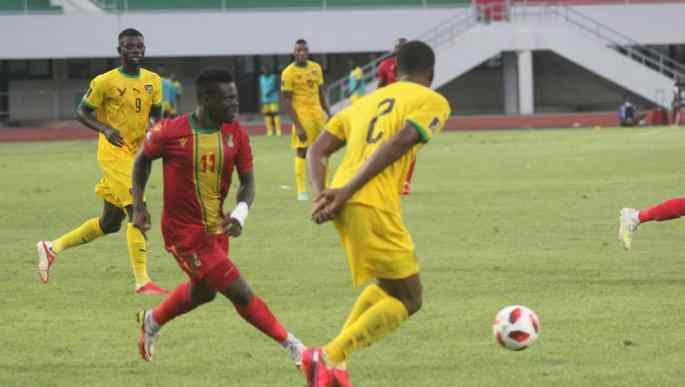 Fernand Mayembo has been fined. The Republic of Congo's captain will miss his team's next matches after being named in the referee's report for the match between Togo and Congo on 9 October, which was part of the third round of qualifying for the 2022 World Cup. The midfielder was found guilty of unsportsmanlike behavior towards the central judge and receives a 4-match suspension. This sanction was imposed by the disciplinary committee of the body, in addition to a fine of 5,000 Swiss francs (3,109,000 CFA francs).

Congolese Football Federation will have to pay a fine of 5,000 Swiss francs for acts of vandalism in the dressing room of the Kégué Stadium. The match between Togo and Congo, which ended in a draw (1-1), was marked by numerous incidents. For its last two matches in these qualifiers, Congo will face Namibia and Senegal. Two matches without real stakes since Senegal has already clinched the ticket for the play-offs.